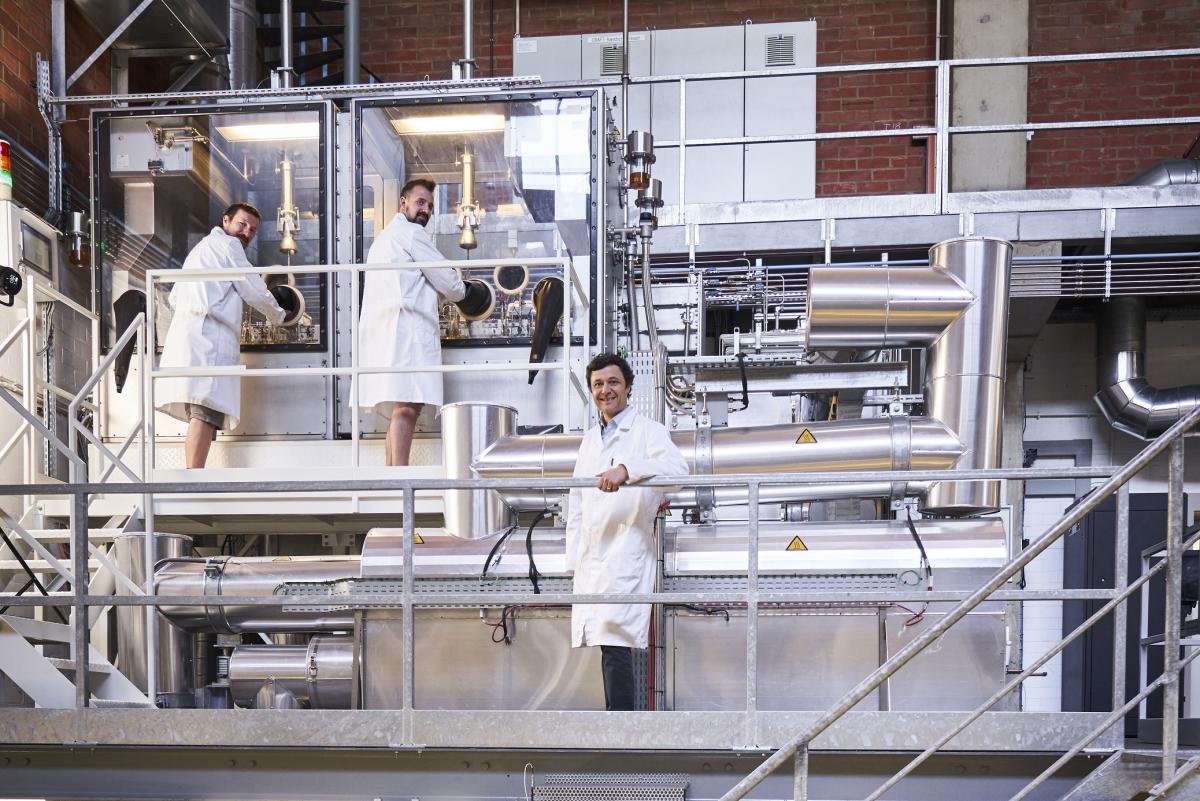 Around 2036, SCK CEN aims to complete construction of the innovative research infrastructure called MYRRHA, which will be unique worldwide. Preparations are well under way and the search for materials plays a key role in this process. “During the corrosion tests, our structural materials broke all the records. Everything indicates that they can withstand the required time that they need to remain in the reactor core without any issues,” say the scientists.

A complex system of shiny tubes dominates the technology hall of SCK CEN, where a wide variety of experiments are conducted for the planned innovative research infrastructure known as MYRRHA. This imposing network of pipes is the world’s most powerful lead-bismuth corrosion cycle. The installation – which has been aptly christened CRAFT – continuously pumps 400 litres of lead-bismuth through the pipes at a rate of two metres per second. It is used to confirm the corrosion resistance of the structural materials selected for MYRRHA in liquid lead-bismuth.

According to Erich Stergar, the SCK CEN scientist who coordinates research on structural materials: “Lead-bismuth is a liquid metal, which we will use to cool the core of MYRRHA. We have to be sure that our selected structural materials can easily cope with the extreme conditions of the research reactor. The CRAFT installation is an essential tool that is needed to determine admissible corrosion in the components, such as the fuel elements, heat exchanger tubes, reactor vessel and other parts.”

The higher the temperature, the more corrosion increases. We have therefore studied the worst case scenario. 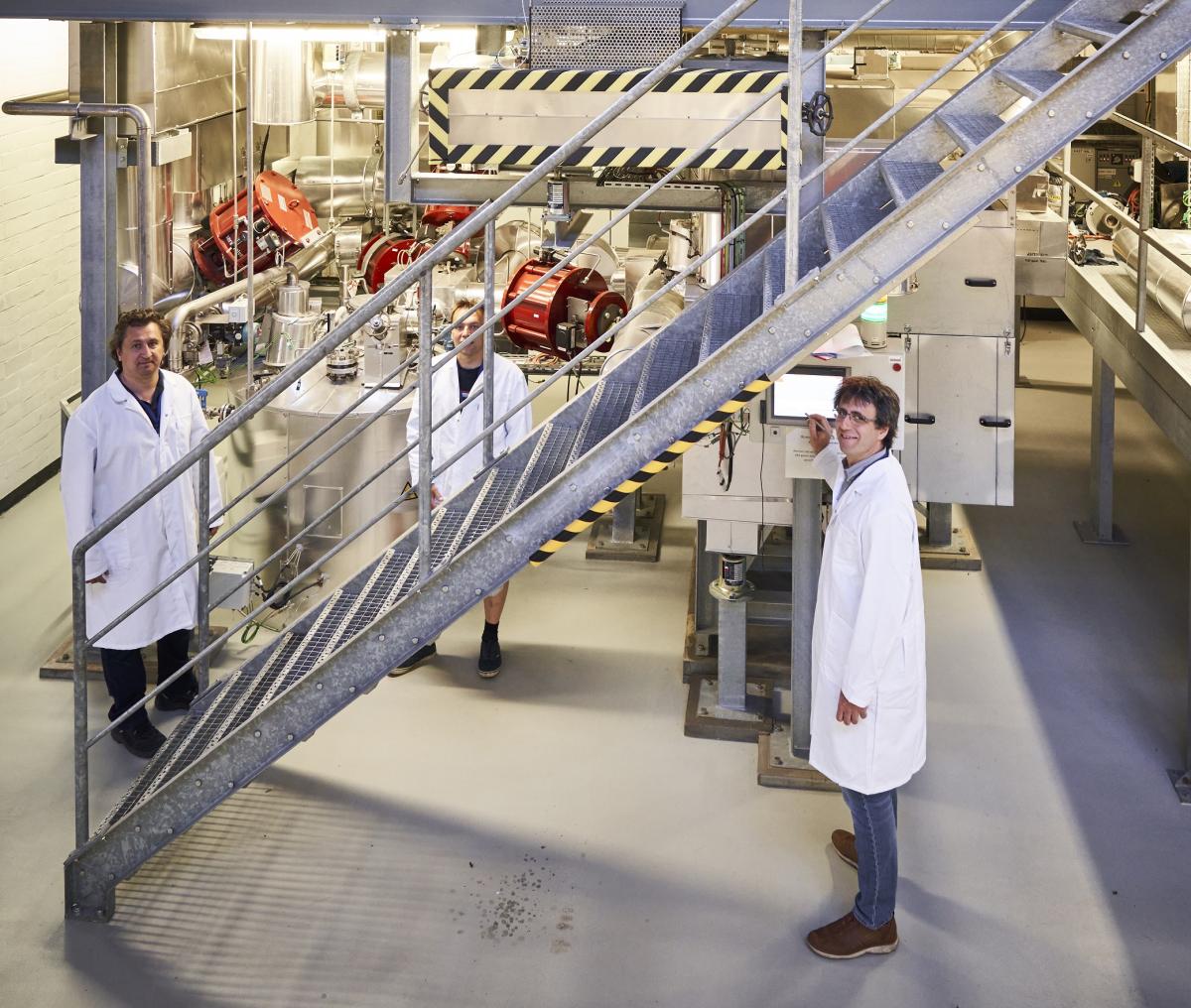 In 2019, SCK CEN scientists conducted a largescale corrosion experiment. The stainless steel shell, that will hold the fuel, spent over 20,000 hours in the hot lead-bismuth at 400°C. “This enabled us to set a new world record,” says Stergar. The former record holder, the Karlsruhe Institute of Technology in Germany, managed a total of 13,000 hours. Are the materials corrosion-resistant? “Absolutely,” he says.

However, the conditions for this experiment were more extreme than in the final infrastructure. The temperature in the MYRRHA reactor vessel fluctuates between 220°C and 400°C. Engineer Rafaël Fernandez who helped design MYRRHA explains: “We measure temperatures locally, which reach 400°C in the fuel elements. The liquid lead-bismuth passes through it in order to cool the core. When the lead-bismuth flows into the core, it has a temperature of 220°C, but when it leaves the core the average temperature is 306°C.”

MYRRHA’s components will therefore not be continuously exposed to 400°C, although this was the case with the large-scale corrosion experiment. “The higher the temperature, the more corrosion increases,” explains Fernandez. In MYRRHA, the fuel elements remain in the reactor core for eighteen cycles, but they only have to withstand a temperature of 400°C during two cycles. “This experiment lasted 20,000 hours or 9.3 cycles. We have therefore considered the worst case scenario,” he adds.

These temperature variations are the subject of further research. In 2020, the SCK CEN scientists will simulate real conditions in MYRRHA and therefore immerse the structural materials in the lead-bismuth at different temperatures. “The goal is to qualify the base material,” explains Stergar. Thus, the scientists have only tackled one new obstacle. “Of course, MYRRHA will not consist purely of base materials. The base materials are welded together or assembled so that they can still move. How do these components react to the extreme conditions? How resistant are they to corrosion? Can we replace them easily? We want to find answers to all these questions during the next stages of our research,” concludes the scientist.

Are the materials corrosion-resistant? Absolutely!

How exactly does corrosion occur? The stainless steel shell that will hold the fuel is an alloy of iron, chrome, nickel and carbon. The lead-bismuth that flows by the outside of the tube, eats away at the nickel – and, to a lesser extent, the chrome – in the steel. This changes the thickness of the shell, which becomes thinner. “The shell is the first physical barrier for the uranium fuel and therefore must not disintegrate,” explains the scientist Stergar. In order to prevent this, the scientists add a “thimble” of oxygen. “When stainless steel comes into contact with water, a layer forms in order to protect the steel. In the case of liquid lead-bismuth, we only need to add a little oxygen in order to obtain this same protective layer. However, the concentration must be limited: just enough to create this protective layer, but not enough to oxidise the lead-bismuth. This would prevent the core from cooling.” The scientists aim for a target value of 10 to 7% by weight in the liquid lead-bismuth, which is equivalent to approx. 1 gram of oxygen for 1,000 tonnes of lead-bismuth. The MYRRHA reactor vessel will be filled with 7,600 tonnes of lead-bismuth. A thimble of oxygen should therefore suffice. 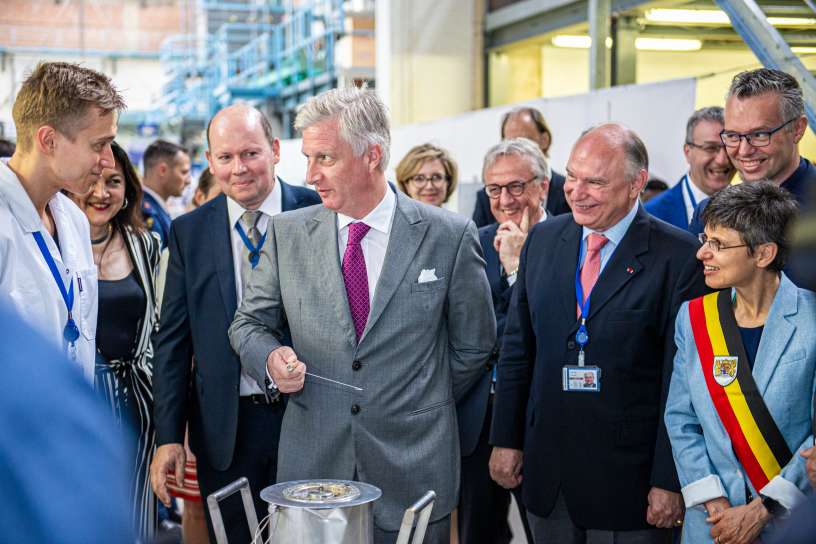 His Majesty the King paid a working visit to SCK CEN in Mol on 26 June 2019. The visit followed the government’s 2018 decision to build MYRRHA, which is the first of its kind in the world, in Belgium. “This unique new research infrastructure will attract young and dynamic scientists from all over the world,” says Hamid Aït Abderrahim, Deputy Director General of SCK CEN and MYRRHA project leader. The construction of MYRRHA has advanced well thanks to the government’s decision. His Majesty the King was able to see this on his working visit. 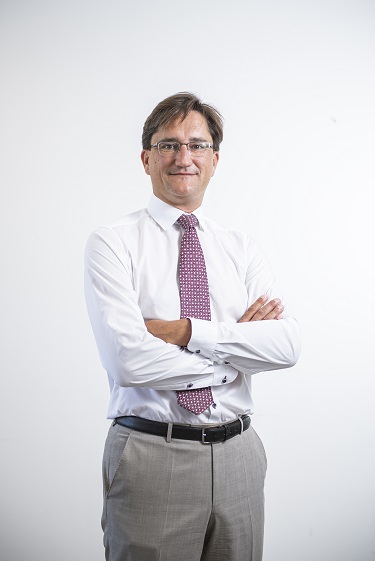 ‘Exploring a better tomorrow’ is our new tagline. It perfectly reflects our mission: to develop innovative applications for society. Scientific ingenuity is necessary to come up with innovative ideas, but only with strict project management do we turn that idea into a success story. What do we want to achieve? What are the milestones of the project? When are we supposed to deliver them? We continue to ask ourselves these questions so that we can continue to work together efficiently. With our eyes on the agreed deadline and our focus on society.