A second life for MEDOC

After 20 years MEDOC is over, but this is not the end

After 20 years of service, SCK CEN disassembles the installation that significantly reduced the footprint of BR3’s decommissioning 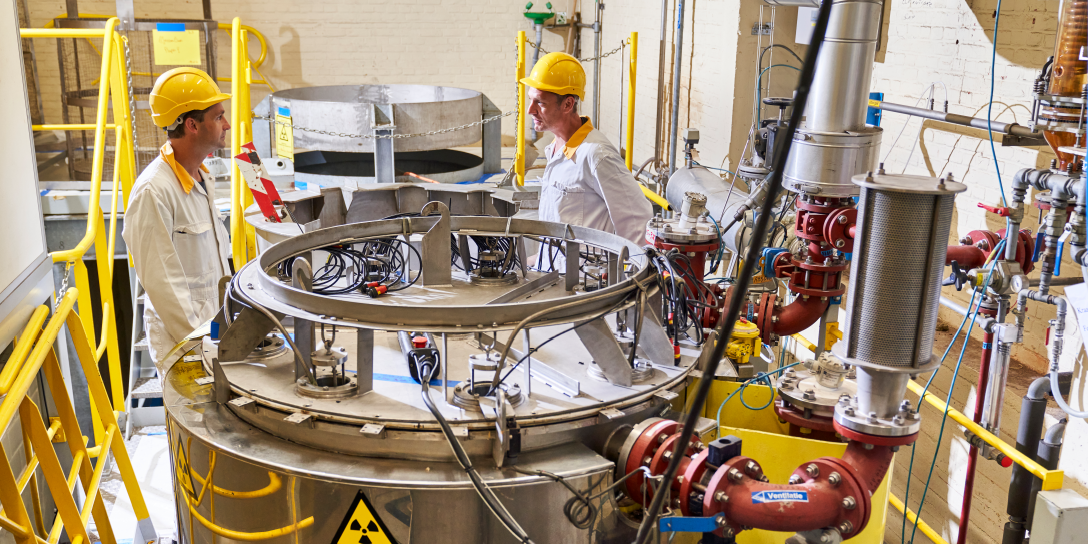 After 20 years, SCK CEN took its MEDOC installation out of service. In that installation, the decommissioning experts of SCK CEN cleaned metal reactor parts by chemically scraping off the contaminated surface layer. This significantly reduced the footprint of the decommissioning of the BR3 reactor. Now, the research centre is expanding that success story with a promising method for the final processing of secondary waste.

With the Nuclear Power Phase-Out Act of 2003, the federal government decided to gradually shut down nuclear power plants. Upon closure, a new, major challenge awaits us: the nuclear power plant must be decommissioned. The aim is to restore the site to its original state, so that it can be given a new purpose. “Every decommissioning project has one golden rule: reduce the amount of radioactive waste to the bare minimum in a cost-effective way”, says Kurt Van den Dungen, decommissioning expert at SCK CEN.

How can we reduce the amount of radioactive waste? During the dismantling of the BR3 reactor, SCK CEN developed techniques to help specialists succeed. One of those techniques is MEDOC. “MEDOC stands for metal decontamination by oxidation with cerium. As the name suggests, we immerse metal reactor parts in an acidic cerium bath at an elevated temperature.”

“The cerium dissolves the contaminated surface layer via a chemical process, so that the metal is free of radioactivity. After treatment, the materials can be disposed of as scrap and recycled in the steel industry”, explains Van den Dungen. SCK CEN refined an existing process that literature studies identified as promising, and developed an installation to decontaminate the contaminated parts of the BR3 pressurized water reactor.

The dismantling experts achieved a remarkable result with the MEDOC installation. Van den Dungen: “In all, we treated over 100 tonnes of metal in the MEDOC plant. Ninety percent of it could be free-released and thus be given a new purpose. Ten percent went to the neighbouring company Belgoprocess, a subsidiary of the National Agency for Radioactive Waste and Enriched Fissile Materials (ONDRAF/NIRAS), which manages radioactive waste in Belgium.” With this technique, SCK CEN has thus been able to drastically reduce the amount of radioactive waste. “We have achieved a remarkable result with the MEDOC installation. This creates prospects for the future.”

“We would like to valorise our knowledge and experience, but first we have to find a final solution for secondary waste”, says Van den Dungen. With secondary waste, he refers to the chemical solution in which the metal parts were decontaminated. Fellow scientist Elie Valcke: “This decontamination solution is radioactive and must also be treated and given a final destination. We are currently examining this in collaboration with ENGIE, which showed an interest in using MEDOC for the decommissioning of its nuclear power plants.” This project is part of a cooperation agreement between ENGIE-Electrabel and SCK CEN to ensure techniques and activities in the areas of operation and decommissioning of nuclear power plants are kept up-to-date.

The treatment of the secondary waste consists of two steps: a pre-treatment step and a conditioning step. In the pre-treatment step, the researchers neutralise the acidic, radioactive solution, let the radioactive sludge sink down to the bottom, and then separate the sludge to wash out the soluble sulphates. In the conditioning step, they mix the remaining radioactive sludge with a cement-based immobilisation matrix. “The conditioned waste must meet a set of acceptance criteria imposed by ONDRAF/NIRAS. How does the freshly prepared cement behave in the short term? How much heat does it generate? How long does it take for the cement to cure? How stable is the conditioned waste in long-term storage at cold or high temperatures and humidity? What if the conditioned waste comes into contact with water?”, Valcke explains. 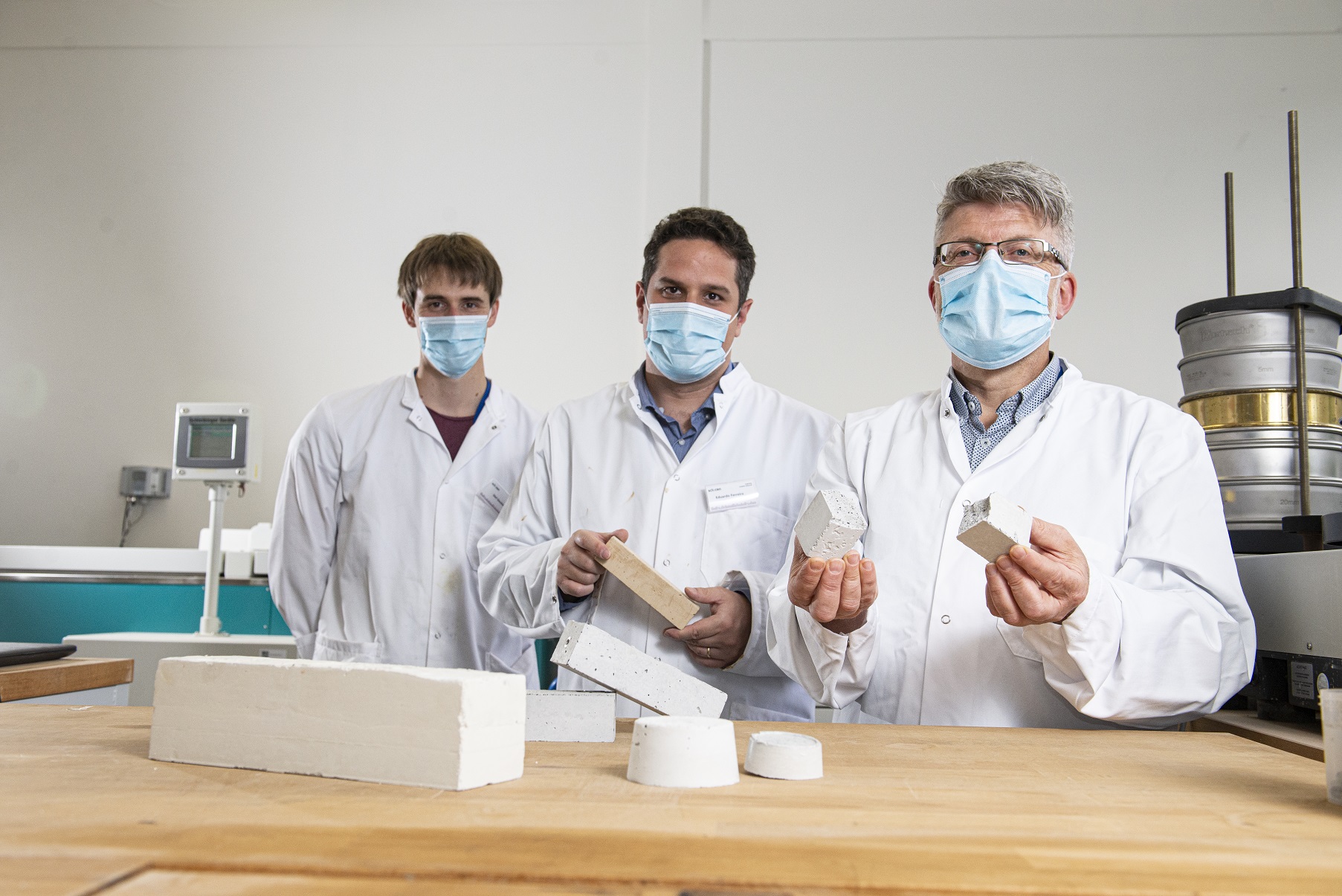 We have achieved a remarkable result with the MEDOC installation. This creates prospects for the future. 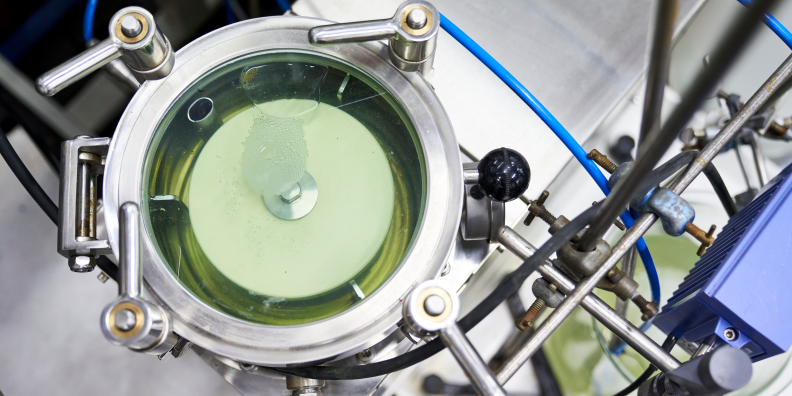 Patience is a virtue. The researchers at SCK CEN are also experiencing this in this project. “It takes years to extensively test our self-formulated cement composition”, emphasises Valcke. “During the chemical reaction between the cement and water, heat is released, the so-called heat of hydration, which can cause the temperature of curing mortar to rise. The heat of hydration depends, among other things, on the cement composition and fineness. Too high a temperature during the production process can lead to cracking after cooling. The first results are promising: the cement does not become too hot during the production process, it cures sufficiently quickly, it can withstand robustness tests... The fact that we were able to achieve such results is thanks to excellent teamwork. In a next phase, we will test with radioactive material. We are looking at what effect that outliers from the average composition of the decontamination solution have. Several components can influence the stability of the end product. The cement formula must be able to cope with that.”

The chemical solution remaining after treatment must also be treated and given a final destination. We are currently examining this in collaboration with ENGIE.